The Future of Carbon-Fiber Rims 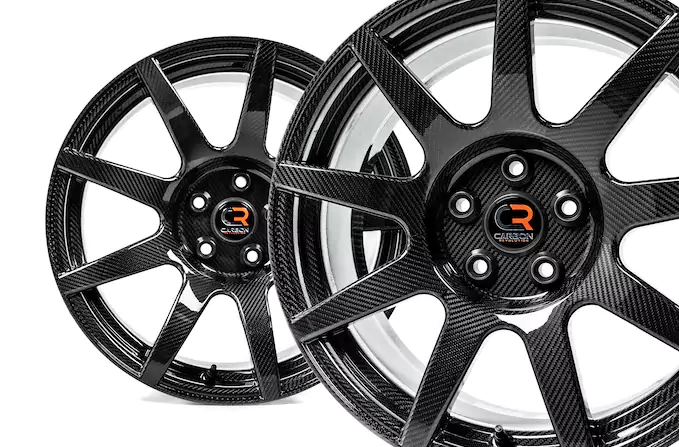 Way back in the early 1970s, Michelin made a run of composite glass-fiber and resin wheels for Citroën’s SM-based rally car. The first car equipped with them won its first race, the 1971 Morocco Rally. By 1972 they were offered as a factory option for buyers of road-going SMs.

In the 1980s, Dodge and Carroll Shelby teamed up for the CSX, the final version of which, the 1989 CSX-VNT, wore a set of composite wheels called Fiberrides. Like the Michelin/Citroën wheels before them, the Fiberrides were a composite glass fiber construction.

Fast-forward to 2013, when boutique hypercar maker Koenigsegg began offering carbon-fiber one-piece wheels for its 250-plus-mph ground-bound spaceships. They’re quite a pretty penny, however: A set of four will set you back about $40,000—on top of the roughly $2 million price tag for one of its cars.

Carbon fiber’s ability to tolerate a wide range of temperatures without becoming brittle or deformable depends not on the carbon itself but on the epoxy that surrounds it.